Get unpacked faster after moving with these tips

Get unpacked faster after moving with these tips 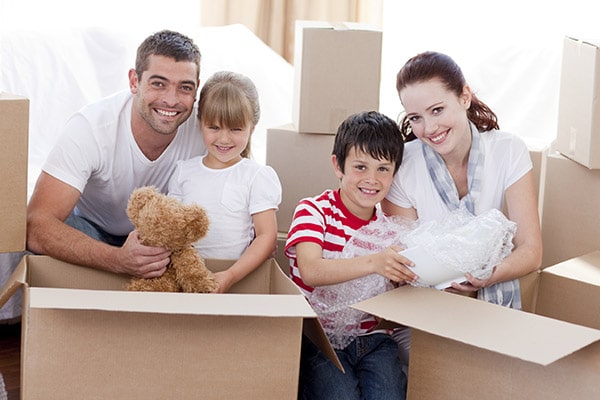 You thought that packing for your move was hard? Well, unpacking after a move can be just as difficult. It sometimes takes families months to unpack all of their belongings, and sometimes boxes never get unpacked but remain packed and left in the basement or garage for years.

Don’t let unpacking take forever. Yes, you can really get unpacked after your move quickly with these simple tips.

Tackle the priorities first
The day you move in, you should immediately set up your beds (unless you plan on camping out on the living room floor for weeks). Put clothes into your closets and dressers. You’ll also want to immediately unpack bathrooms because these are quick and having a functioning, clutter-free bathroom will make your life easier, and then get to work on the kitchen so you can start cooking.

Work from big to small
Always unpack the big items first and then downwards on smaller items. So, start with major furniture and small appliances and items like lamps. Then get bulky linens and towels into closets. Then you can get books onto shelves before tackling all those knick knacks. With this method, you also get rid of boxes faster, which is good for your psyche.

Make your kids get involved
There is absolutely no reason you should let your kids go out and play, leaving you to do all their unpacking. If they are 8 years old, they can unpack their own items. You can always come back in later and rearrange anything that they’ve positioned humorously.

Don’t try to replicate your old decor
So what if your vase always sat on the kitchen island in your old home? It doesn’t have to go there in the new home. When unpacking decorations, just put them wherever instead of trying to perfectly replicate their positions in your old home, you can always rearrange them later.

Leave the TV for later
If you set up your TV right away, you will be tempted to watch it instead of unpacking. Leave this for later.